Cary O’Brien believes that if a team is to really be a team, they must have a common goal and all strive to achieve that goal. That is why every team member on the COB’s team has successfully completed the exclusive 100 Haircut Training Program. This is a series of cutting techniques that make up the foundation of a great haircut. Repeating these techniques in repetition on real salon guests and under the watchful training of Cary O’Brien is what develops this team to be experts in the art of cutting hair.

Cary O’Brien has four decades of experience in the professional beauty industry. Beginning as an apprentice in his mother’s salons in Poplar Bluff, Sikeston and St. Charles, MO. Cary was immersed in every aspect of salon life. Learning the skills from his mom where there was never room for error gave him the confidence to open his first salon in St. Charles at the age of 21. A salon move a few years later (1990) and chance interview with the Rusk Inc. product company is where his career moved into high gear. Working in the new salon was the new normal, combined with teaching classes on product knowledge and cosmetology in Missouri, Illinois, Indiana, Kansas, and Iowa. Having completed well over 100 in-salon classes got the attention of Irvine and Louise Rusk and a call from Louise with an invitation to work backstage at Rusk shows. Doing whatever it takes to make the show a success and extreme organization skills not only made him a good team player it also got him and invitation to the Master Designer level. Personal training from Louise and Irvine not only on perfect execution of the proven Rusk techniques, but also the skills needed to teach, and present his talents from the stage. Cary soon set his designs on becoming the best stage speaker on the Rusk Team. Another call from Louise, and Cary was asked to join the Creative Team.

This is the training to not only present from stage, but to lead the entire show. Little time to teach in-salon classes at this level as O’Brien would be in his salon Tuesday, Wednesday, Thursday, and then be off leading a show Friday, Saturday and Sunday. The year is 1993 and Cary is out for another creative team training in Los Angeles, CA. Cary was offered a full-time position as Rusk Mid-West Education Manager. O’Brien had to leave the salon operations to his wife, Talisa. A promotion two years later to National Education Manager was without a doubt his biggest accomplishment. O’Brien would stay in this position until 1999 when he resigned from the full-time position and back to stage presenter. He and Talisa were about to open a new 3200 sqft salon and spa with their third daughter on the way. In his constant quest for knowledge Cary had been attending The Salon Association annual meetings and learning how to run a successful salon from the industry’s best. Again, opportunity knocked, and Cary was asked to join The Salon Association’s Board Of Directors. Serving on the board from 2002 through 2012. During the transition from the salon association to PBA the Professional Beauty Association was not only the biggest accomplishment of his life, it proved to be invaluable knowledge and skills that have serve him to this day. O’Brien served as President of the salon section for PBA from 2009-2011. Today Cary O’Brien spends his time in the salon training the team, serving guests, and running the salon. He is also an avid runner, completing 34 marathons and ultras, a hunter/ shooter and  be can be found spending time with his wife and four busy daughters, camping with Talisa and friends, and enjoying red wine.

Kelly has been with our team for over 17 years. After graduating beauty school and starting in our training program, it quickly became apparent that Kelly would be a real talent. Kelly is fearless in almost everything she does. She is always ready to help anyone in her chair try something new. Ombre’, sombre’, balayage, or any new service that comes her way she tries, perfects and continues to create these looks on her guests. In her spare time, she and her husband raise three children, along with goats and sheep on their farm. Did we mention she is a first degree black belt in Youn Wha Ryu?

Connie joined COB’s almost 15 years ago. After a short time with another salon Connie knew she wanted a different path. She was looking for more knowledge and training and she is still passionate about always wanting to learn more. Always ready to attend a class, she enjoys bringing a new looks and techniques to her guests. Giving each guest her undivided attention and of course her New York (Queens) attitude, she strives to give an exceptional experience. Away from the salon she spends time with her granddaughter, husband, and close friends, and enjoys working out and online shopping.

Connie McPartland
Master Designer
Paige has been with our team for over 12 years. She knows that the foundation to any good style is the haircut. Taking in all the cutting training that we offer and not only learning but perfecting it, is what Paige brings to every guest. Always asking the tough questions, she digs deep to make sure each guest gets the best style and cut suited especially for them. When not in the salon you will find her with her two young children, working out, and getting it done.
Paige Akers
Master Designer

Anna joined our team over 5 years ago. Looking for ombre’, sombre’, or a balayage? Look no further! Anna excels at these modern color techniques. You might consider her a Redken junkie having attended Redkens Symposium three consecutive times. She loves learning and experiencing everything new in this industry. Discovering and perfecting new trends to bring to her guests is what Anna does every day. Hanging out with friends and redecorating her house is what you’ll find her doing in her off time.

Bri has been with us for over three years. Bri says, “let’s make it blonder”. Highlights, ombre’, sombre’, or balayage, are just part of her repertoire. Using the techniques from the 100 Haircut Training, Bri really loves cutting and finishing and feels it’s her favorite thing to do. Just returning from Redken’s Symposium, Bri is ready to bring her creative ideas with her bubbly personality to every guest. Brides and prom girls always leave happy with her updo looks. In her spare time, Bri can be found hanging out with friends or her adorable niece Addie.

Mandi joined the COB’s team right out of beauty school and has been with us for two years. With strong determination, Mandi completed the training and hit the salon floor very quickly. She brings a big personality and energy to her guests. She is always ready to give her guests something new, whether it is a new cut and style or bold new color. Mandi is also a Barista. When not in the salon you can find her serving up delicious coffee beverages.

Missy joined the COB’s team over 17 years ago as a Licensed Esthetician. She brings years of experience and knowledge to her guests. To say she is a waxing expert would not do her justice. From eyebrows to toes and all areas in-between Missy has waxed it. “Waxing helps my guests feel better about themselves”, says Missy. Facials, peels and excellent home care recommendations are also skills Missy shares with her guests. Home time is spent with her family and traveling as often as possible.

Sam began her salon career as a cosmetologist but soon discovered her true passion was to be in esthetics. After completing the required courses and state board exam she joined the Cary O’Brien’s Spa Team. She has recently completed the multi-step discipline to become Certified Dermalogica Expert. Bringing this passion and training to every guest on every visit helps them discover their best-looking skin. When not in the spa you will find Sam out exploring wineries with friends or snuggling with her cats.

Crystal has been a Licensed Massage Therapist LMT for over 6 years. Helping her guests feel better is her goal with each guest. Swedish Massage is her go to modality and is trained in deep tissue, aroma therapy and trigger point as well. When not in the spa you will find Crystal with her three children and reading.

Kathy Spangler is the salon’s chief bean counter. Her relationship with the salon goes way back to when her daughter worked for us as a receptionist after we first opened in 1999.  Kathy later became our bookkeeper part-time and handles all our accounting and payroll needs. She is an important part of our daily operations, not only because of her work in the office but because of the support and guidance she gives to all who work in the salon.  Kathy enjoys the semi-retired life by spending time with her two grandchildren that live in the area and with her other two granddaughters that live in New York. Kathy loves to go and enjoy extended visits with them. 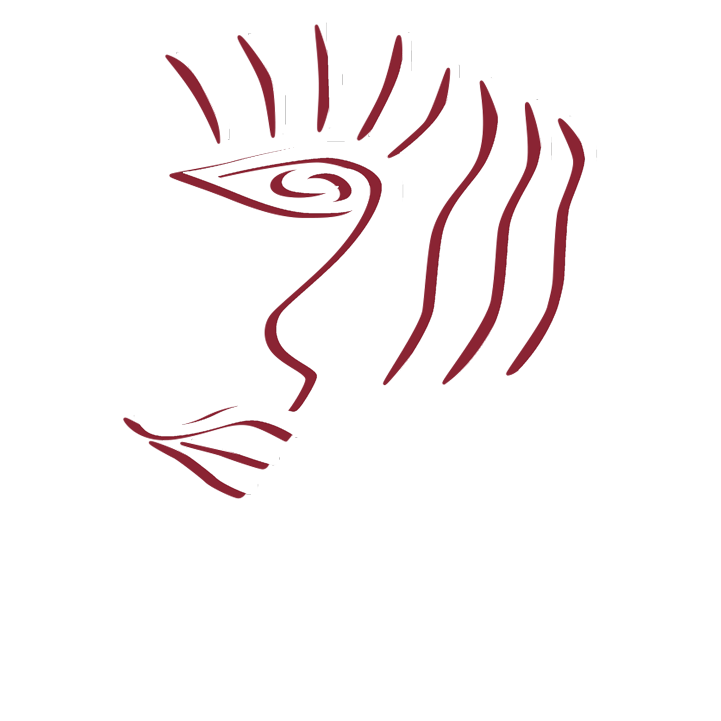